The history of the Hotel Weisshorn

Oliver Stadelmann and his wife Sophea Stadelmann have been running the Hotel Weisshorn with great passion since 2014. The mountain hotel - created in 1882 - experienced turbulent times with its various owners and tenants.

Val d’Anniviers – Weisshorn Hotel  at 2337m above the sea

Creation of the first building in 1882

Francesco Mosoni was born in 1845 in Domodossola, from an Italian father and a mother from Valais. He practiced a commercial activity in Zermatt and later in Sierre. With his brother Pierre, away from any civilization at 2337m of altitude, north of Nava, they built on the site called ”Teta Fayaz ” a hotel on a promontory from where the views are spectacular. The location selection was said to be influenced by Pierre Pont, the owner of the Bella Tola hotel in St. Luc, to avoid competition. Initially it was a building whose ground floor was made of stone and the first floor of wood.

This first construction began in 1882 and the opening of the facility took place in 1883 or 1884. In 1885 the Alpine garden was created by Mr. Correvon, a botanist from Geneva, active in Valais. He used it as a test station for the Jardin Alpin in Geneva.

Fire in 1889 and new stone building

In September 1889 a fire destroyed it, but the guests and the staff were able to escape through the windows.There was no human casualties.
Later the hotel was rebuilt in stone and took its current form with a basement, four floors, a veranda on stilts ( typical for mountain hotels), a living room and a smoking room.

The new building was inaugurated in 1891. The transportation of materials was provided by mules, the piano was carried on the back of 6 men.
At that time, that is in 1891, there were commercial letters of the hotel, on which appeared only F. Mosoni owner as header. When did his brother Pierre leave the business? It could not have been clarified. His departure likely happened during the reconstruction of the facility after the fire.

The access from Vissoie was done on foot or by mule through «a good alpine path». Later on, after the opening of the Vissoie-St.Luc road, the access to the hotel could be done from St.Luc. Twice a day the mail was transported by mule from Vissoie then from St.Luc.

In 1956 the hotel was sold to Mr. Steiger from Zurich who exploited it until 1966, when he abandoned it.

In 1969 a group of people took the hotel in charge (Alfred Antille, Célien Balmer, Devanthéry Francis and Stephen Gard). From this point, the pathway was enlarged and became passable and the building itself got renovated. Exploitation by tenants: Ms. Bonvin, the Staub couple (introduction of the winter season) and the couple Dominique and Urs Amman-Epiney after reconstruction of the hotel roof which had been detroyed by a storm in 1990 and the restoration of the powerhouse.

Owned by Werner Fischer since 2000

In 2000, the hotel was sold to the industrial from Lucerne, Werner Fischer. In 2007, Otto Müller became the manager of the hotel Weisshorn and 2014 Oliver Stadelmann, kitchen chef since June 2010 at the Weisshorn, took up the slack.

Back then, the hotel was run in the English style:

Evening wear was required for dinner and smoking was only permitted in the «fumoir». 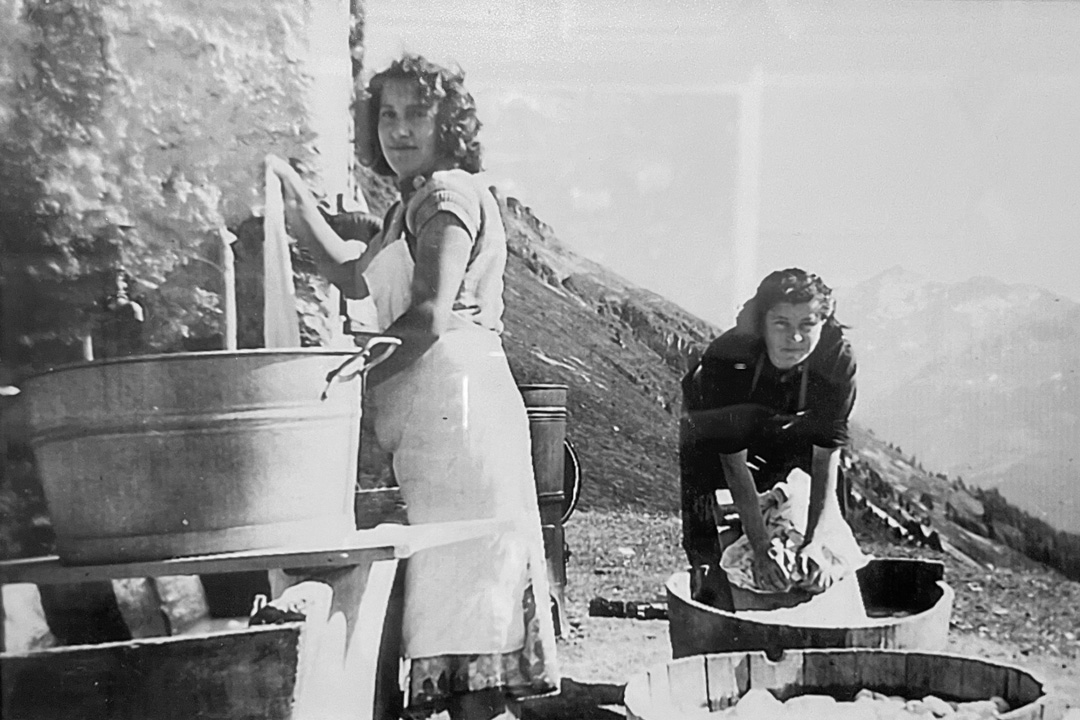 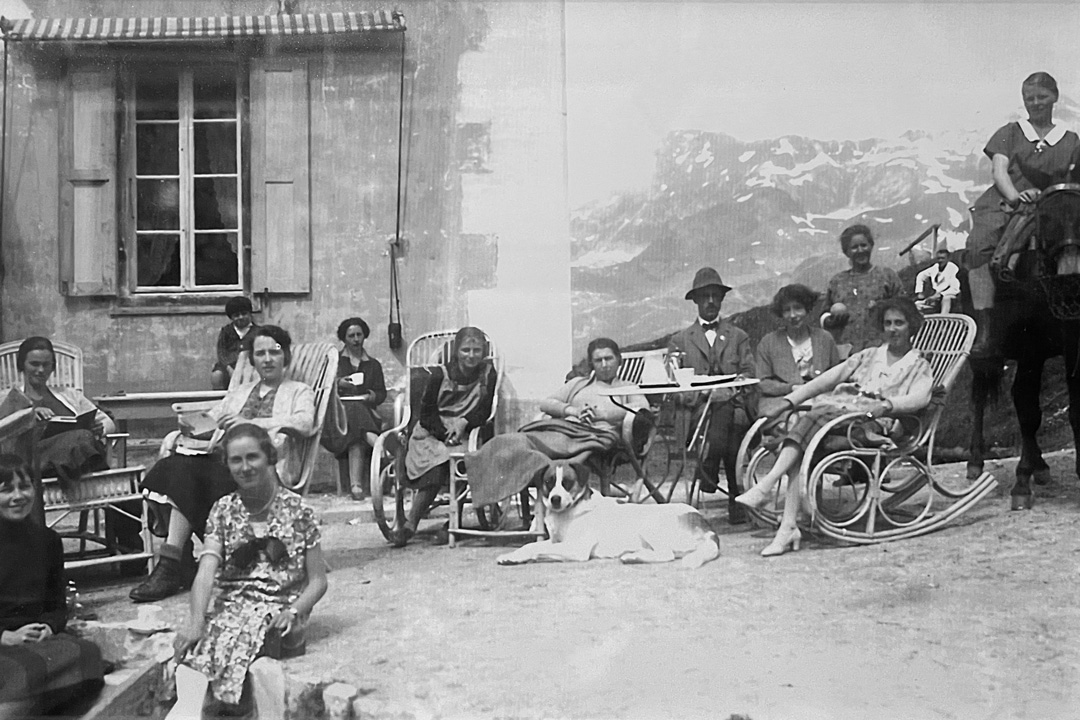 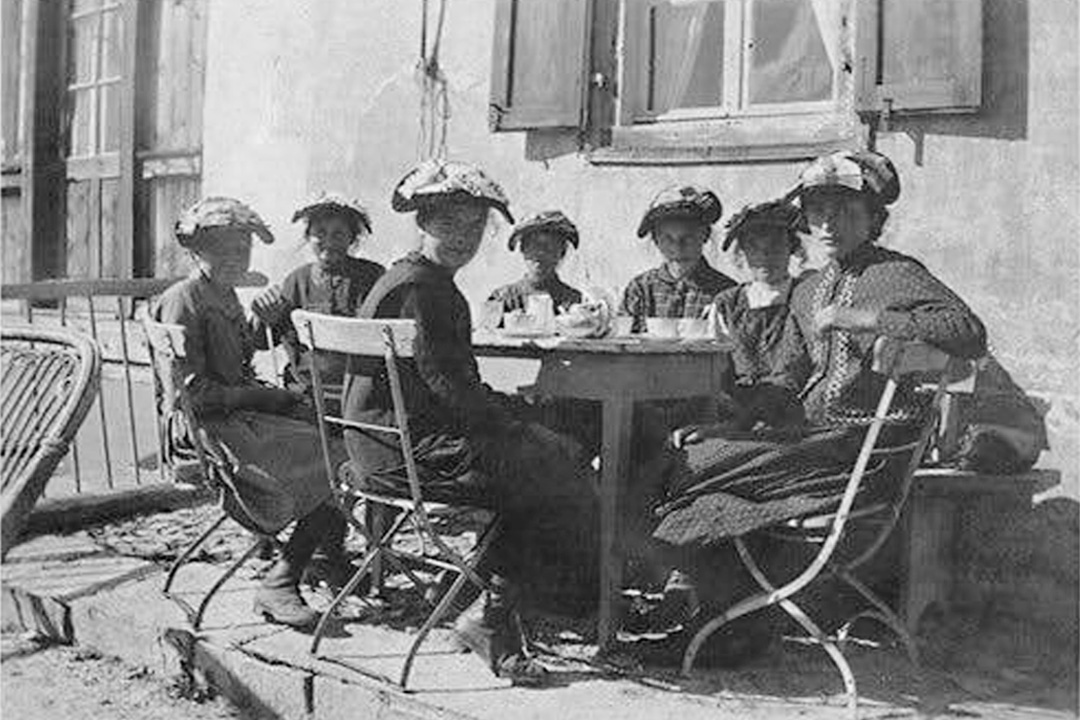 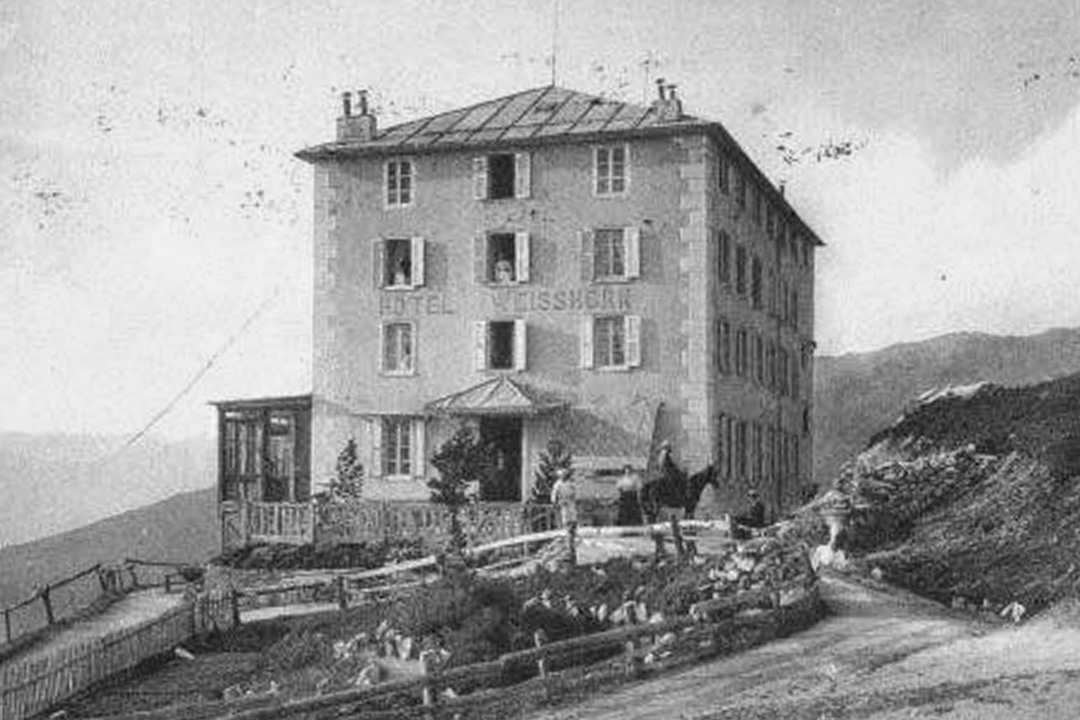 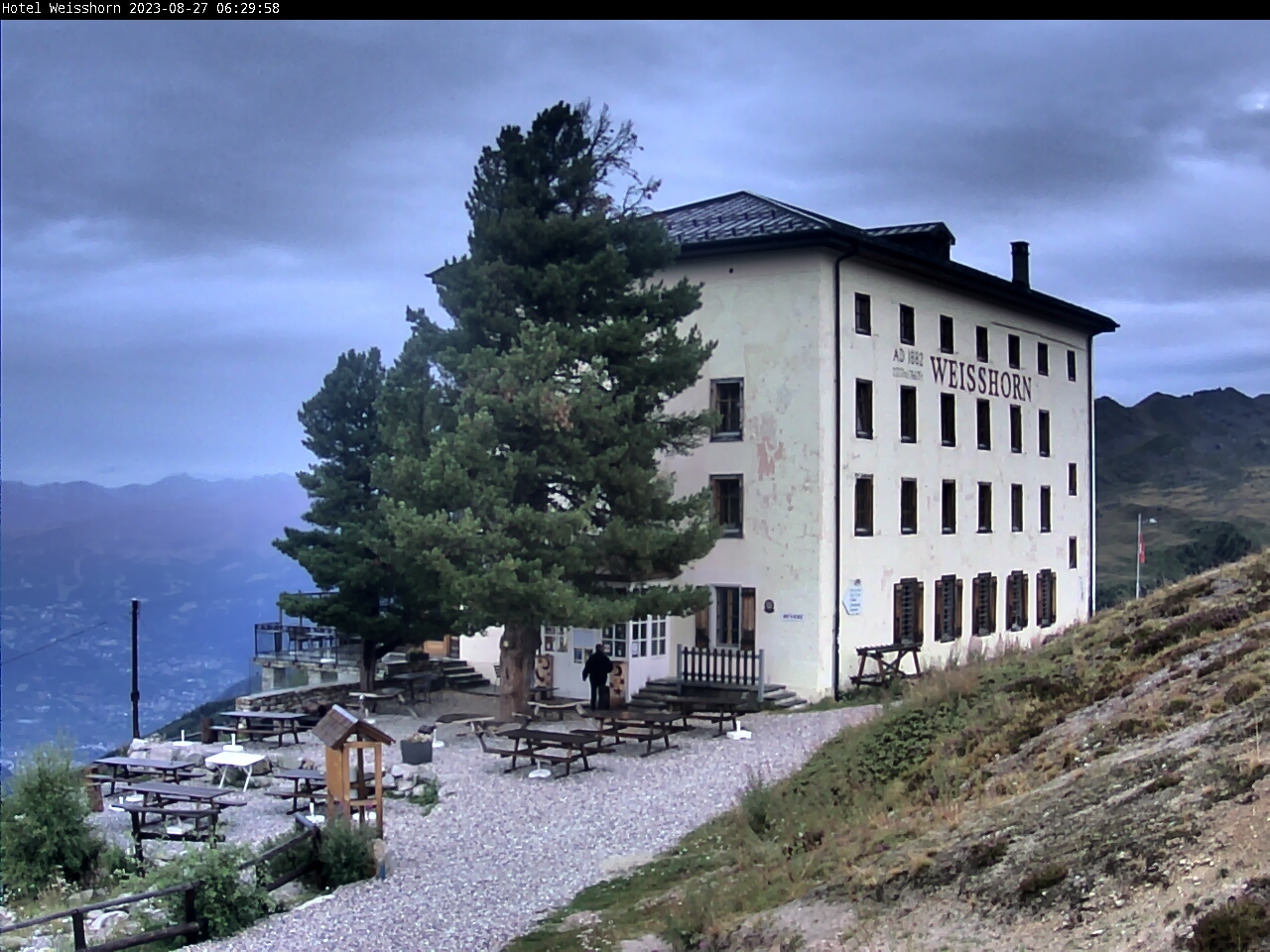